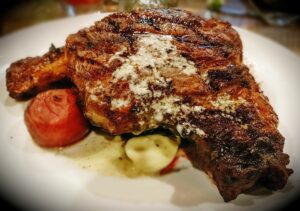 Chef Ted Dorsey grew up in family-owned restaurants.  He attended and graduated from Le Cordon Bleu before starting his career.  He showed so much talent that soon he became an Executive Sous Chef before going on to other famous restaurants to develop their menus.

Prior to opening, The Mill Restaurant, Jason Griffin had worked in restaurants starting at the age of twelve.  He developed a passion for the service industry and partnered with a group that opened gourmet pizza restaurants all over.

They were voted the Best New Restaurant in Florida by Florida Trend Magazine.  Just looking at their menu makes your mouth water!  With close to two thousand reviews on the internet, they have racked up a four-point-four-star rating.

Located at 1000 Circus Boulevard in Sarasota, Florida is G’s Southern Kitchen.  The owner, Chef Gordon Gregory, got his humble beginnings by cooking for his girlfriend and her grandmother.  He decided he would serve onions and sweet peppers sautéed with shrimp and sausage.  He added saffron rice and hot pepper butter for spice and the rest was history.  His then-girlfriend was so impressed she married him and bore him two beautiful children. 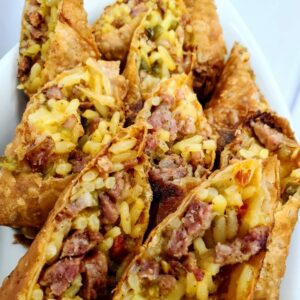 Chef G attended the culinary program at Keiser University.  After graduation, he because a Sous Chef at a country club.  He began to hone his skills in smoking meets and became the pitmaster at a barbecue place in downtown Sarasota.  He stayed at that restaurant earning the Best Barbecue Award in Sarasota, Florida for 7 consecutive years.  Once he learned all aspects of running a restaurant, Chef G opened G’s Southern Kitchen over five years ago.

His reputation precedes him as he has had actors and comedians come in to try his famous fried chicken which he re-named Friend Chicken.  Other popular dishes are his Mac and 3Geez and Collard Green Egg Rolls.  He may only have one hundred and fifty-two evaluations on the world wide web but he gets a star rating of four-point-six.

Chateau 13 Restaurant and Wine is located at 535 13th Street West in Bradenton, Florida.  It is owned by Mike and Wim Lipppens who immigrated to the United States in 2009 from Belgium.  They wanted to follow French tradition using the name Chateau which means ‘castle’.  They picked the number 13 because it is located on 13th Street. 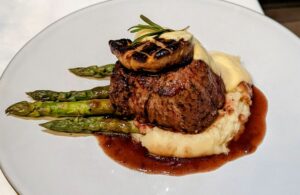 Wim spent time in the United States as an exchange student and fell in love with Florida and Manatee County.  He was fascinated by the manatees and dreamed of returning someday.  After he moved his wife and two daughters to Florida, Wim purchased a historic building on the Manatee River and opened a bread and breakfast place in 2010.  They expanded the home to accommodate weddings and special events.  In the winter of 2017, they started a restaurant that served European-style multi-course meals featuring flavors from Belgium.  One night after an especially busy evening, they toasted with wine and the idea of Chateau 13 Restaurant and Wine became an obsession.

Once they opened Chateau 13 Restaurant and Wine, they never looked back.  Their restaurant is widely popular with locals and visitors alike.  Bringing European flavors to Downtown Bradenton has been one of the best experiences of their lives.  They have a strong four-point-eight-star rating on the web with close to two hundred positive posts.

Bradenton Epoxy Flooring has been doing epoxy flooring in Tampa and surrounding areas for years.  Their team of professionals takes great pride in their work and never leave a job until it is perfect.